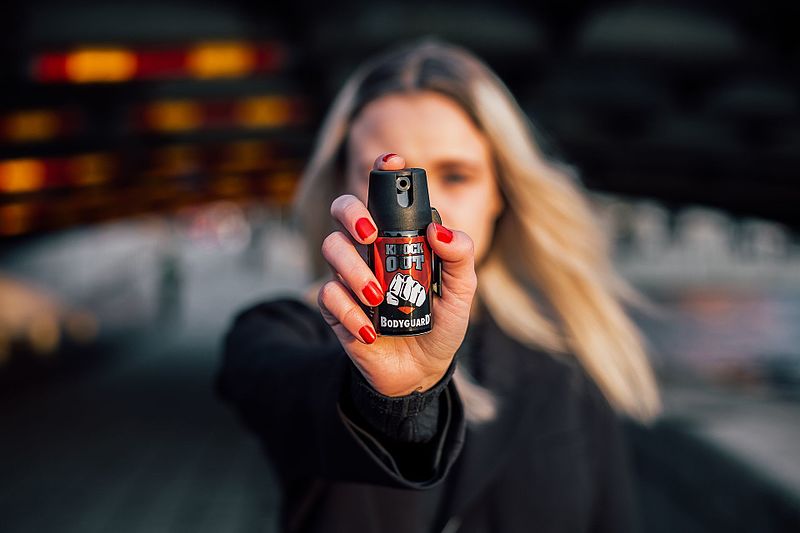 7 Most Reliable DIY Weapons for Self-Defense Other Than Guns

Although firearms are among the most common personal protection weapons, they are not an option for everyone. Whether your reasons for not owning a gun are financial, legal, moral, or simply practical, there are valid alternatives you can use for self-defense instead.

Self-defense is critical for everyone to have some knowledge of because you never know when you’ll need it. Even if you’re uncomfortable handling a weapon, there are less extreme options you can turn to. Learn about the best personal protection weapons you can make at home so you can always remain prepared, no matter the circumstances.

Originally a sailor’s tool used since the 19th century, the monkey’s fist resembles a flail made of rope. They are well known for delivering a tremendous amount of blunt force. The monkey’s fist consists of two elements: a central weight, which determines the fist’s overall size, and a length of rope.

For self-defense, the weight should be a heavy spherical object such as a steel ball bearing or a pool ball. If you want a smaller monkey’s fist, such as those used on keychains, you can use a smaller ball bearing or a marble instead. Your rope material should also be durable and capable of withstanding abuse.

All you need to make a monkey’s fist are these two elements and knowledge of how to tie a monkey’s fist knot. The result is a cheap and effective blunt weapon that you can use for self-defense.

Read More: What are Reasons to Call Non-Emergency Police

Millwall bricks are notoriously easy to make; all you need is several newspaper sheets, rolled length-wise or diagonally as tightly as possible, then folded to create a handle with a rounded head.

The result is a surprisingly effective blunt weapon, forming a sort of poor man’s baton. You can use it with a normal striking motion, swinging at the target to hit it, or you can use a downward stabbing motion to cause additional damage.

If you desire, you can augment your Millwall brick with additional elements and techniques, including but not limited to:

Add nails or protruding sharp objects through the Millwall brick to increase its lethality.

Use duct tape or packing tape around the newspaper tube before folding it to increase its rigidity.

Soak your Millwall brick in water to make it heavier.

Read More: How to Keep Your Seniors Safe

The homemade spear is a classic survival weapon, requiring nothing more than a solid piece of wood and a good survival knife.

Prioritize using branches between 5 and 7 feet long depending on your height and personal preference, as they already possess a desirable general shape. The best woods for a DIY spear are hardwoods, such as oak, spruce, or birch. You can also repurpose household objects such as wooden broom handles.

Use your knife to sharpen one end of your branch into a point. The process should take a while; make sure to take your time. You should now have a basic DIY spear with a regular point.

If you are confident using your knife to carve and shape wood, you can try fashioning different spear points, such as barbs or split-point for hunting and pinning animals.

As surprising as it may be, you can make pepper spray at home! It may not be as long-ranged or as efficient as store-bought, factory-produced items, but it is possible, and you can defend yourself effectively with the DIY version. Specially if you’re getting mugged or escaping a dangerous situation, you can definitely rely on this one.

Remember that pepper spray is a powerful irritant. Use appropriate protective equipment, including eye protection, nitrile gloves, and a suitable mask.

You will need the following ingredients:

Source the hottest peppers (minimum 50,000 Scoville units) you can find without breaking the bank. Most supermarkets should have habaneros for sale. Once you have the ingredients, follow this process to make your very own pepper spray:

Read More: How to Feel More Safe at Home

Baseball bats are another commonly utilized tool for self-defense, but did you know you can augment their effectiveness? The result is often referred to as an apocalypse bat because they look like something straight out of a post-apocalyptic movie.

You can turn a regular wooden bat into a classic apocalypse bat with nails; simply drive multiple nails into your wooden bat until you have as many spiky points as you need.

Keep in mind that nails tend to bend and deform over repeated impacts and that your bat may eventually break faster than if you had left it unmodified.

You can also use screws and a power screwdriver to drive the screws through your bat. Steel screws should be less prone to bending and damage than nails.

If you have an aluminum bat, you can use 5” steel bolts and nuts instead. Using a power drill and a bit diameter matching those of your bolts, drill through your aluminum bat. Then, insert steel bolt rods into each hole and fasten them to your bat with washers and steel nuts. Repeat as many times as necessary.

The DIY blowgun is another homemade weapon and one of the easiest to make. It comprises two parts: a barrel made of Schedule 40 PVC 1/2″ pipe (3 to 5 feet long, at your convenience) and a mouthpiece made using a 1/2″ to 3/4″ PVC adapter.

Test the fit of your darts by inserting them flush into your barrel. The fit should offer just a little bit of resistance. Then, use the mouthpiece and blow into the barrel as hard as possible to fire it.

The DIY knife is one of the more involved homemade weapons but potentially one of the most versatile. The resulting item is a one-piece knife made entirely of steel which you can use everywhere from the kitchen to self-defense. You don’t even need a forge to make this!

You need a lathe file (8” or 12” long depending on the desired length), a bench grinder, an 80-grit flat wheel, and appropriate protective gear (eyes, ears, and a breathing mask.)

Using your grinder, start by cutting the tang off the file, then reshape the file into the general shape of a complete knife (including the handle).

Once you have reshaped your file, use the grinder to sharpen the blade area until it gains a cutting edge. Once the knife is as sharp as you want it to be, your DIY knife is ready to use.

As the saying goes, necessity is the mother of invention. Even if you don’t have access to firearms, you can still make a range of suitable self-defense weapons from the comfort of your home.