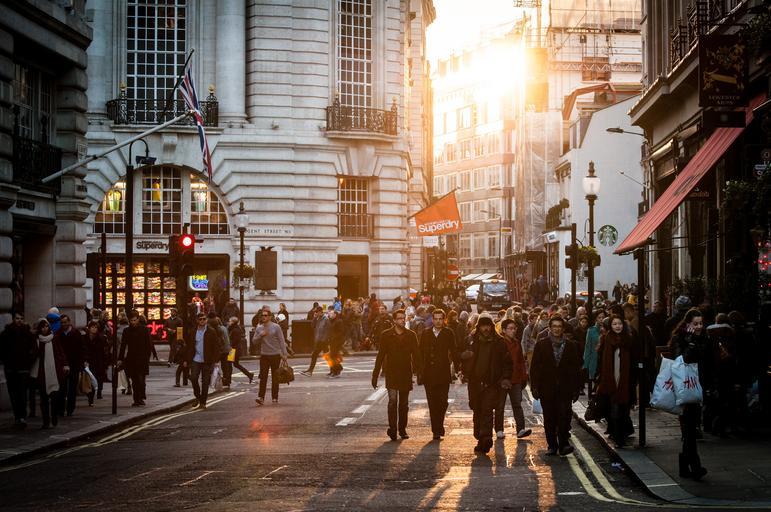 Similar to how clever burglars scout the properties they’re interested in before a break-in, intelligent muggers observe their potential victims before approaching and attacking them.

Although there is no such thing as a handbook on how to commit the perfect mugging, there are common signs and patterns miscreants look for that make you seem like a soft target.

You may even have been “checked out” by a mugger without knowing about it. Learn the five signs muggers look for in a target, how to mitigate them, and how to avoid becoming a victim.

It’s a simple fact that if you’re alone, you are more vulnerable. Muggers look for people walking on their own because it’s easier to overwhelm and control a single individual instead of a group, even without a weapon. Muggers would also look for number of people and range of ages within those people, they will likely to pursue the ones with seniors at home since it would be easier for them.

One of the most common pieces of self-defense advice is to avoid knowingly putting yourself in danger. Avoid walking alone, especially if you’re unfamiliar with the area or if you have to go through a neighborhood you know has a high crime rate.

Travel with friends and colleagues whenever possible. If you’re not local to the region, travel with people who are; they should be able to guide you away from the dangerous areas. Also keep on your contacts the local police or non-emergency responders just in case you need someone for help.

As surprising as it may sound, the way you walk has a significant impact on whether a criminal makes a move on you. The secret lies in the confidence you exude. A person who walks at a brisk but steady pace, with purpose in every step, looks like someone who knows where they are going.

In contrast, if you walk at a slow pace or look lost and uneasy, you may be displaying signs that you’re uncertain of your surroundings, possibly motivating someone checking you out to follow you and eventually attack.

Of course, the best way to walk with confidence is to know your route. Plan your path ahead of time and stay on well-lit, frequently-traveled streets.

Although it may seem comforting to use your phone for security when walking alone, this is a liability. A frequently used tactic for walking at night is to call someone you know and walk while holding a conversation to avoid being alone. While it may be reassuring to hear a familiar voice in an unfamiliar area, you are dividing your attention between the phone call and navigating the streets, potentially causing you to miss the signs that a mugger is following you.

In the age of smartphones and on-demand music, it’s tempting to put on earphones and play your favorite music while traveling, but be cautious. Music blocks out the sounds of your surroundings, which means you may not hear strange or unexpected things happening right next to you. In the worst-case scenario, a mugger may approach you from behind and catch you unaware.

Even using your phone to check your map application and find your way may be dangerous; if a mugger can spot you looking down at your screen, they can easily deduce that you’re not local and decide you’re a suitable target. Plan your route before departing. If you must check your phone to make sure you’re going the right way, keep your head on a swivel.

Commit to Jeff Cooper’s color code system of mental awareness, and always remain in Condition Yellow whenever you are walking outside.

If you look like you’re wearing or carrying a lot of valuables, ill-intentioned people will notice and single you out.

Wearing expensive-looking outfits, lots of jewelry, carrying many shopping bags (especially from upscale stores), or openly flashing a wad of cash are all dangerous practices. These are giveaways that you have money and are therefore worth mugging.

The best way to avoid being singled out by a mugger is to adopt the gray man approach and blend into your surroundings. Wear inconspicuous clothes and avoid standing out, either actively (from your actions) or passively (from your appearance).

One of the worst possible situations you can be in when walking alone is not being in complete control of your cognitive functions. Being drunk, high, dazed from medication, or even simply suffering from fatigue and exhaustion are all detrimental to your ability to remain aware of your surroundings and, in turn, of potential dangers.

Impaired targets are also significantly less capable of defending themselves, as they often lack the balance or the strength to fight back. These people become prime targets for muggers, especially if they also fit the wealthy-looking criteria.

If you don’t feel you are sober or clear-minded enough to walk home on your own, call a taxi, a ride-sharing service, or ask for a trusted person’s help to get you home. Don’t venture outside alone if you are impaired in any way; you are putting yourself in danger, even without the potential threat of mugging.

Keep these additional tips in mind to maximize your chances of surviving a mugging attempt.

According to convicted muggers, Friday may be the most profitable day of the week because it is most commonly associated with payday. If you habitually withdraw money from an ATM on payday, be extra careful.

Consider carrying a cheap decoy wallet with only a few dollar bills inside while keeping your genuine wallet as secure as possible. If the mugger has spotted your real wallet, make sure that the decoy looks similar to your real one.

Prioritize getting away safely, even if you’re armed. Your objective should always be your physical wellbeing. Your property is replaceable; your life isn’t. You should only fight back as a last resort.

Don’t Become a Victim: Be Aware, Be Inconspicuous

The best way to avoid becoming a crime statistic is to do everything you can to avoid trouble.

Remain aware of your surroundings, avoid dividing your attention, and keep an eye and an ear out for anything strange or out of place. Always try to blend in. If you can’t travel with the safety of a group, seek crowds instead.