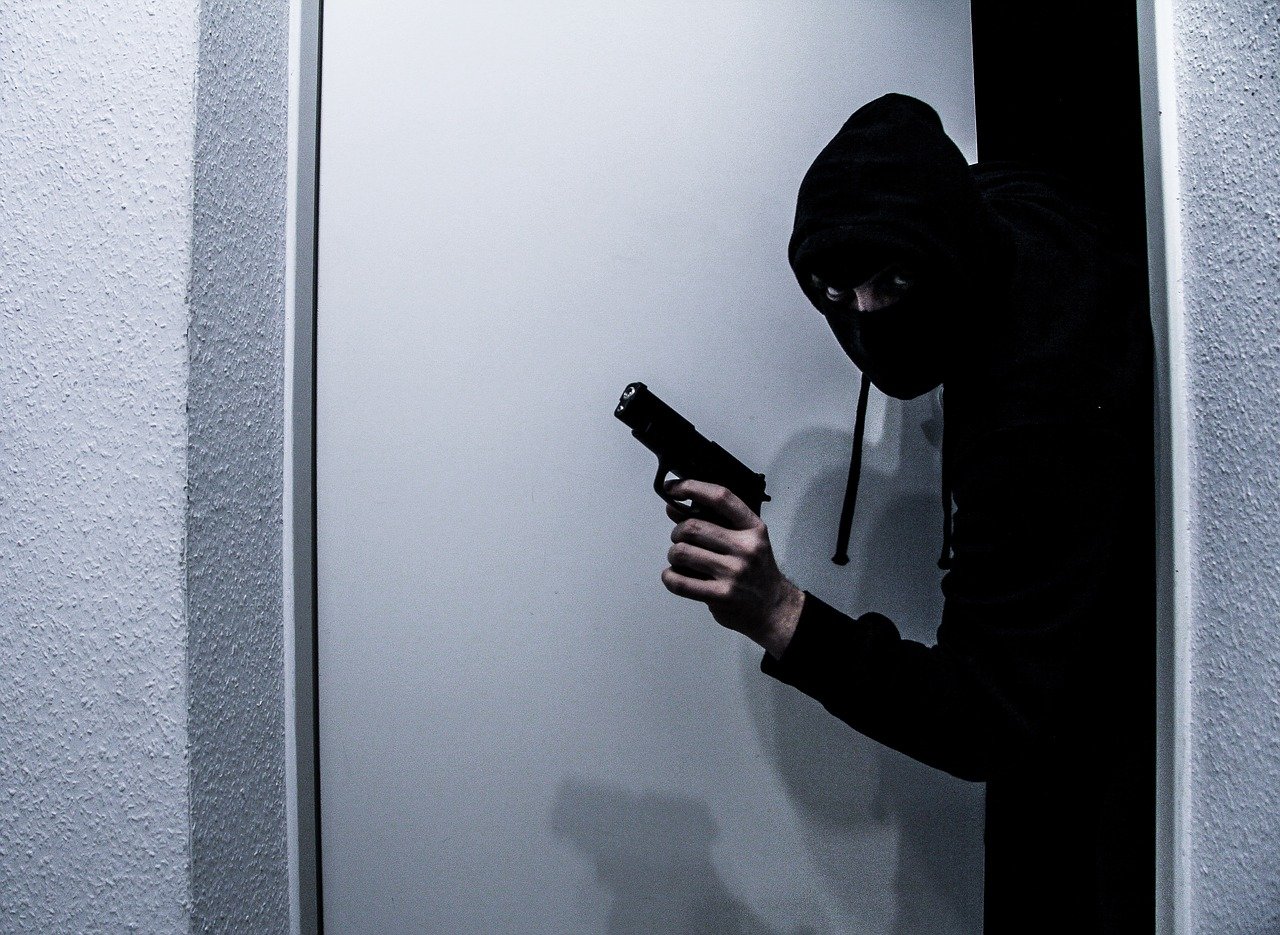 Crime statistics in a country as big as the US can be volatile and sometimes confusing. Even though violent crimes have been on the rise in recent years, there has been a continuous decrease in property crimes.

According to official FBI statistics, there was a 25% increase in the murder rate during 2020. Simultaneously, there has been a continuous decrease in property crimes, such as burglary or theft, across the US since the 1990s.

When making travel plans or buying a home, it’s a good idea to know what states have the highest numbers of burglaries and robberies so you can make informed decisions.

The Difference Between Burglaries and Robberies

Burglaries are considered a type of property crime, while robberies aren’t. Property crimes are one of the most common offenses in the US. Besides burglary, they also include larceny and vehicle theft.

Trends in Burglaries and Robberies

In general, the number of burglaries and robberies has been decreasing in the US in recent years. For example, the burglary rate in the US dropped about 50% from 1999 to 2018. This drop is mainly due to the improvement of home security systems. Despite the decrease, the national number of burglaries and thefts is still very high, with these types of crimes impacting many people across America annually.

Whether you are thinking about traveling, acquiring a new property, or buying your first home, it’s wise to research the level of crime in each state you plan to visit. The US is such a big country that states in different regions of the country such as Vermont and New Mexico differ significantly in burglary and robbery rates.

Official 2018 data from the FBI indicates these were the percentage of burglary cases in different regions in the US:

And these were the number of robberies in different regions, also with official data from 2018:

Looking at how the level of crime is changing in a specific state or city can also be very useful to get an idea of how safe you’ll feel living there. For example, between 2009 and 2018, Alaska and North Dakota were the only two states that saw a relatively big increase in property crimes. Many other states, such as New York, Alabama, or Tennessee, saw a significant decrease.

Top 10 States With the Most Robbery Cases

Statistics change annually, but in general, these are the top 10 states with the most robbery cases. Washington D.C. is by far the area in the US with the highest incidences of robberies per year, but it’s been left off the list because it’s not a state.

However, it’s worth mentioning that compared to Maryland, which in 2019 had about 152 robbery cases for every 100.000 inhabitants, the District of Columbia had about 384 cases, a much higher number than all of the top 10 states.

The list includes the approximate number of robbery cases for every 100,000 inhabitants in the state. The data is from 2019.

If you live in one of these top 10 states, consider taking the necessary safety precautions. Most robberies usually occur on streets and highways, with restaurants, stores, and private residences as the second most common targets. The states with the fewest thefts per year are Vermont, Idaho, and Maine.

Top 10 States With the Most Burglary Cases

Over 1 million burglaries occur in the US every year, even though the number of cases has slowly declined. While the statistics vary annually, these are the top 10 states with the highest number of burglary cases in the US based on 2019 data. The numbers indicated are per 100,000.

If you currently live in or are thinking about moving to one of these states, it’s essential to take precautions. Installing an alarm system is an effective way of improving the safety of your home, but there are many other things you can do. You can improve the locks on your door and always remember to close the windows before leaving the house.

Most burglaries occur during the day, but a good amount of them happen during the night. Installing motion detector lights on the outside of your home can also help increase its security. Some of the states with the lowest numbers of burglary cases are Massachusetts, Virginia, and New York. New Hampshire, by far, has the lowest number of cases. Some of these burglary cases are repeat incidents even, so as long as you don’t put enough red flags for them to back off they will come back for sure.

Improve the Security of Your Home

Whether you live in one of the top states for burglary and robbery cases or one of the safest, it’s always a good idea to improve the security of your home. One of the best ways to make your home more secure is a home security system or alarm. This technology is responsible for the significant decrease in burglary rates in recent decades.