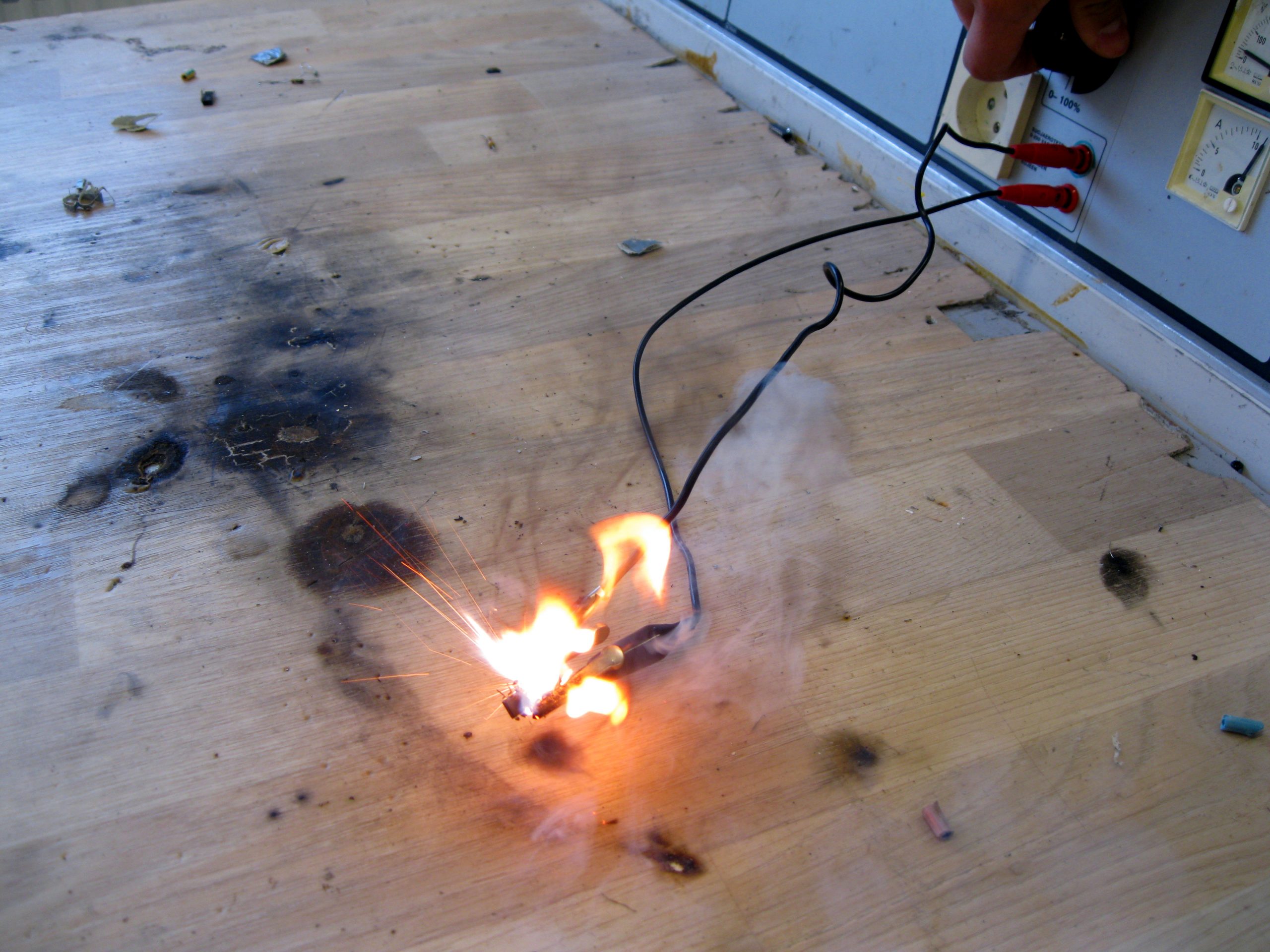 Electrical fires occur in thousands of houses across the country every year, with the worst ones producing fatal consequences. Prevent your home from becoming a statistic by taking measures to prevent these types of fires.

From investing in new appliances to replace your outdated fixtures or unplugging machines from outlets when you go on vacation, there are plenty of steps you can take to reduce the risk of electrical fires in your home. If you ever have to deal with an electrical fire, remember these essential tips for smothering the oxygen supply, cutting the power source, and safely evacuating your home.

What is an Electrical Fire and How Does it Start?

An electrical fire results from a failure, defect, or glitch with a piece of electric machinery or a household appliance. These fires often begin because of fraying, old electrical cords or wires that come into contact with a flammable material like wood or curtains.

You also increase the risk of starting an electrical fire by using a faulty and outdated circuit breaker. If this switch doesn’t work correctly, your appliance may short circuit, leading to an electrical fire.

People often cause electrical fires inside their own house inadvertently when they put the wrong type of bulb into a light fixture. If you install a bulb with a higher wattage than the fixture’s maximum recommendation, it can lead to an electrical malfunction.

Whenever you can, avoid using extension cords. Overloading these devices with too many appliances causes the cord to heat up and potentially combust. If you use a portable heater or light fixture, make sure you’re putting these appliances in safe places. For example, don’t position your heater underneath or adjacent to a low-hanging curtain.

When it comes to putting out an electrical fire without a fire extinguisher, there are several effective methods you can adopt. Here are seven of the most useful ways you can stop the fire from spreading in a pinch.

The simplest way to put out an electrical fire without using a fire extinguisher is to figure out the source of the flames and eliminate it. Once you’ve located the source, unplug the device, cutting off the flow of electricity and reducing the risk that the fire spreads to other appliances.

You should only unplug the appliance or fixture if it is safe for you to do so. If the cord is on fire, switch off your household’s electricity at the electrical panel before doing anything else. Ensuring the cord is not conducting power means you won’t get electrocuted when trying to put the fire out.

2. Add baking soda to the fire

Once you’ve unplugged the appliance or switched off the electricity for the entire house, you can try sprinkling some baking soda onto the flames. This essential kitchen ingredient contains sodium bicarbonate, a chemical compound that you’ll find in most dry fire extinguishers.

When this substance comes into direct contact with heat, it undergoes a chemical reaction, releasing carbon dioxide gas displaces the oxygen in the surrounding air. Without a steady supply of oxygen, the fire will die out naturally.

You should only add baking soda to the flames if you’re dealing with a relatively small and self-contained electrical fire, like the ones caused by an overloaded extension cable. If the fire is too large to manage with baking soda, you’ll have to consider other options.

3. Use a fire blanket to smother the flames

If you have a fire blanket, you can use it to smother the flames and reduce the oxygen supply that’s fuelling the fire. Fire blankets have an inner layer made of fire retardant fabric, so they’re ideal for suffocating flames and putting out larger, more severe blazes.

You should only use a fire blanket when you’ve disconnected the electricity in your home. Otherwise, you run the risk of electrocuting yourself when you smother the flames. If you don’t have a fire blanket, try smothering the fire with wool, silk, or various types of polyester. These materials are all effective flame retardants.

4. Use water, but only if you’ve cut the power supply

Many people think that the best way to deal with a grease or electrical fire is to pour water on the flames, but this is entirely false. Water conducts electricity, so you could easily electrocute yourself when you throw a pitcher of liquid over the flames.

However, once you’ve cut off the power supply in your house, then it’s safe to use water to put out the fire. Try pouring a bucketful of tap water over the flames, or use the nozzle of a hosepipe to soak the fire.

5. Throw salt on the fire

You can also try throwing a bucketful of salt, sand, or dirt on your electric fire. Salt is a particularly effective material when it comes to suffocating flames. It’s a relatively non-reactive substance that will sit on the flames and form a barrier between the fire and the surrounding oxygen in the air.

You can also smother the flames with some dirt which slows down the flow of oxygen from the air to the fire, allowing you to bring the fire under control.

6. Cut off the oxygen supply by containing the fire

If it gets to a point where you don’t think you can put out the electrical fire yourself, you’ll need to evacuate the area for safety. When you head out of the room, make sure you close the door. This simple action reduces the amount of oxygen that can get to the fire.

Closing the door also helps decrease the risk of the fire spreading to other rooms in your house. When you close the door on the fire, you’re aiming to contain the flames in one place while you wait for the fire department to arrive.

If you’re unable to put out the electrical fire yourself, call emergency services immediately so they can deal with the situation. After placing the call, do not go back into your house or anywhere near the fire until they’ve put it out completely. Try to avoid inhaling any smoke while making your way out of your home. If you have to, crawl along the floor to limit your smoke intake.

You should also contact emergency services if you can’t switch off your household’s power supply when attempting to put the fire out yourself. With the power supply still on, there’s an increased risk that the overloaded appliance will combust, even if you think that you’ve extinguished the fire at its source.

Put Out Your Electrical Fire By Following These Simple Tips

Electrical fires are dangerous and relatively commonplace, but you can avoid causing one in your home by updating old appliances, fixing faulty circuit breakers, and being careful not to overload your extension cables. However, if there is an electrical fire in your house, and you don’t have access to a fire extinguisher, follow some of these tips to smother the flames and prevent the blaze from spreading. Always put your safety first and call 911 in an emergency.