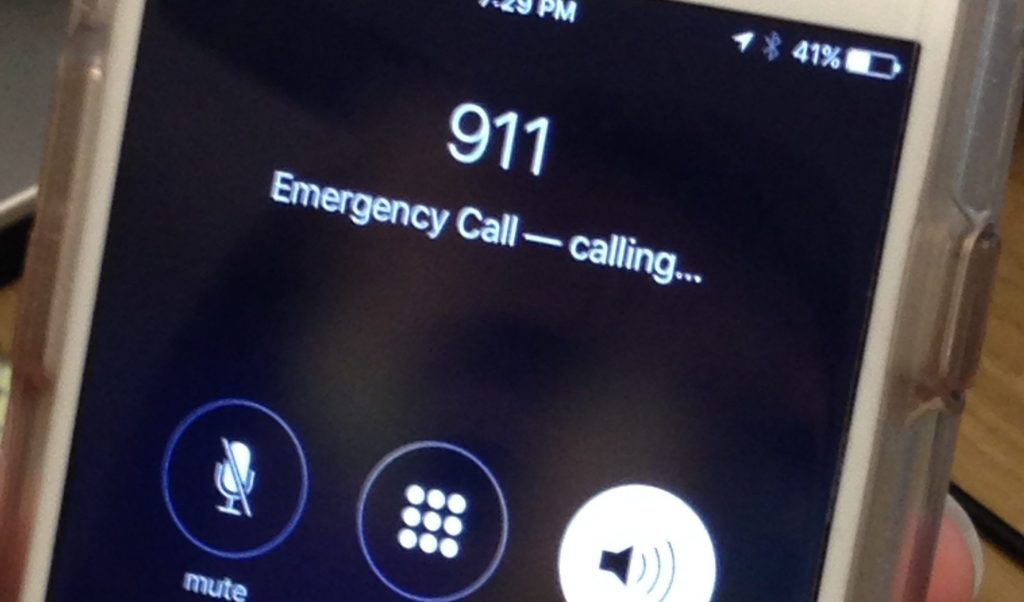 Non-Emergency vs. 911: Which One Should Be Calling?

Many people know they can call 911 in case of an emergency, but they aren’t aware that this number is only for situations that involve a threat to life or immediate safety.

911 calls for non-emergency situations can temporarily overload the system, preventing people who need urgent assistance from getting through. For this reason, you should only call 911 in a real emergency, such as a fire or violent crime.

For situations that do not involve a life-threatening emergency, you can call your police department’s 10 digit non-emergency number. You should use this number for suspicious situations that don’t present an immediate danger, like petty thefts or acts of vandalism.

You should call 911 when you need immediate assistance for an actual emergency. An emergency is defined by a life-threatening or dangerous situation. Anything that requires police action but isn’t immediate should be dealt with via the non-emergency number.

The Difference Between an Emergency and a Non-Emergency

Sometimes, the difference between an emergency and a non-emergency isn’t easy to decipher. When we are involved in a situation that affects our property, it’s hard to refrain from becoming nervous and reacting impulsively. For example, returning to your car and finding the windows broken is a distressing situation but does not constitute an emergency.

It’s not an emergency because there isn’t an immediate danger, and the act has already occurred. According to official police guidelines, as long as you don’t feel an imminent threat or aren’t suspicious that the criminal is still very close by, in this case, you should use the non-emergency number.

When calling 911, it’s crucial you know what to expect so you can provide accurate information quickly. Many 911 call centers have specific protocols and questions that are designed to help callers. However, many people don’t frequently deal with emergencies, and they can find the process stressful.

When calling 911, you should provide the location of the emergency, your phone number, the nature of the crisis, and details about the situation. Details could include describing someone who committed a crime or any symptoms experienced by a person with an injury.

The following cases and scenarios usually involve a real emergency and require calling 911.

In case of a fire, you should use 911 or your local emergency number. Be ready to give specific information about the fire, such as its location and any necessary details about how it started.

You should call 911 for serious crimes that have just happened or are in progress. A severe crime presents an immediate threat to a person or property. These include robberies, sexual assaults, and violent assaults. You can also call 911 for any events that involve possible threats, such as screams or gunshots. With the increase in the rate of violent crimes in recent years, it’s essential to take the necessary safety precautions.

In general, a suspicious activity that may indicate an imminent criminal act should also be communicated using 911. This kind of suspicious activity could be a car driving slowly and repeatedly around a neighborhood or people who seem to be conducting illegitimate business. This is different from ongoing criminal activity, such as a drug trafficking operation.

You can call 911 when involved in any type of serious car accident. Usually, these calls are because of some level of injury for the driver or passengers. However, if the accident has caused a possible safety threat such as smoke continuously coming out of an engine, you should also call 911.

Medical emergencies are health conditions posing a severe threat to someone’s life or that involve lasting damage to someone’s health. These emergencies include shortness of breath, loss of consciousness, spinal or neck injury, and uncontrollable bleeding.

When to Call the Non-Emergency Number

Most local police departments have a 10-digit non-emergency number. Any accident or problem that does not require immediate action should be dealt with by using this number.

Any kind of suspicious activity that doesn’t involve an imminent threat should be communicated using the non-emergency number. For example, if you suspect any kind of ongoing criminal activity in your neighborhood, you should notify the police department. But as long as there isn’t a direct, in-the-moment threat, you should file a report online or call the non-emergency number.

A clear example of non-emergencies that can sometimes seem threatening are burglaries that are not currently in progress. Any burglary or theft that isn’t presently happening should be dealt with by using the non-emergency number. For example, if you come back from vacation and find that someone broke into your house, you shouldn’t call 911.

Even though it’s an alarming situation, the burglary took place days or weeks before you arrived, so the threat is gone. Call the non-emergency number to get in touch with your local police department, and they can help you investigate the crime. To prevent burglaries, there are various steps you can take. Installing a camera or an alarm system can help increase the security of your home.

If a property has been vandalized while you weren’t present, you shouldn’t call 911. In general, any kind of vandalism act that has already happened should be communicated through the non-emergency number. If a vandalism act is being committed in your presence and against your will by force, it’s a different type of situation, and you can ask for assistance by calling 911.

When something is stolen from your vehicle, you should use the non-emergency number. As long as there isn’t a threat to someone’s safety or life, this isn’t a real emergency since the crime already took place. The criminal has left, and it’s not a dangerous situation.

What to Do if You Dial 911 By Mistake

If you or your child dial 911 by mistake, don’t hang up. This could make 911 officials think that you are in danger and send help to your location. Instead of hanging up, just explain to the person who answers the call that you dialed the number by accident.

Never make prank calls to 911. You are tying up the line and preventing someone who genuinely needs assistance from getting through.

Prepare for Emergency and Non-Emergency Situations

Many people don’t think about safety until they experience a hazardous situation. Taking an introductory CPR course or even getting your certification is an excellent investment that may save a life while waiting for emergency services to arrive. When a life-threatening situation happens, it’s challenging to think clearly and react productively. Knowing who to call ahead of time can make it easier to make the right choice in the heat of the moment.